Here are 7 herbs that are widely used in traditional Chinese medicine for treating impotence.

Common in the northeast region of China, ginseng is popularly used in many Asian countries to treat various conditions. Although it’s expensive, it’s highly sought after due to its reputation as an effective herbal medicine.

The efficacy of Korean red ginseng in treating erectile dysfunction is attributed to its ginsenosides content. These phytochemicals have anti-tumor, antioxidant, and anti-inflammatory properties. Ginsenosides have been shown to prevent the degeneration of dorsal penile nerves as well as reduce oxidative stress in the penile corpus cavernosa.

Ginkgo is widely recognized for its positive effects on blood circulation. This is the same mechanism by which ginkgo biloba improves erectile function. By increasing penile blood flow, ginkgo benefits men who are suffering from erectile problems.

Morinda officinalis is commonly referred to as ba ji tian in traditional Chinese medicine. The roots of the plant are used to formulate medicines for improving immune function, to strengthen the bones, and to nourish the kidneys.

Neferine has been shown to have anti-diabetic, anti-aging, anti-cancer, anti-microbial, and anti-inflammatory properties. Studies have shown that neferine can promote the relaxation of the corpus cavernosa smooth muscles.

The herb has also been shown to have anti-inflammatory, anti-allergenic, and anti-depressant effects. Studies also indicate that Kaempferia parviflora has anti-microbial, anti-cancer, anti-obesity, and cardioprotective properties. 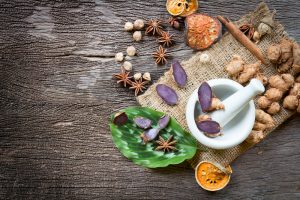 Clinical studies show that there are many ways by which icariin can improve erectile function. For one, it can suppress PDE5 activity, much like how government approved erectile dysfunction medications do. Icariin can also help increase testosterone levels, resulting in improved libido and increased sexual activity.

Tribulus terrestris is known by many names such as caltrop, devil’s weed, puncture vine, and gokshur. It’s one of the most well-researched herbal remedies for erectile dysfunction, with many animal studies and human clinical trials verifying the plant’s efficacy in treating erectile dysfunction.

Maca is a Peruvian vegetable that has gained worldwide popularity in recent years due to its various health benefits. Aside from improving erectile function, maca has also been shown to have ergogenic properties as well as neuroprotective effects. Maca is highly recommended for men suffering from both depression and erectile dysfunction.

Malegenix can help increase your sexual desire as well as improve your testosterone levels. Malegenix herbal ingredients are known not only for their aphrodisiac or pro-erectile properties, but they also help enhance male fertility.

One thought on “7 ANCIENT CHINESE CURES FOR IMPOTENCE”