Smoking doesn’t just ruin your respiratory system, it also hurts your sperm count and adversely affects your fertility. The toxins found in cigarettes don’t just cause lung cancer, they also have detrimental effects on your reproductive organs.

There’s an abundance of scientific literature on the destructive effects of smoking on both male and female fertility. Read on to find out how exactly smoking causes damage to your sperm health.

Per milliliter of semen, you should have fifteen million or more sperm in order for your sperm concentration to be considered normal. Men who are extremely fertile can have as many as more than 200 million sperm per milliliter of ejaculate. If you only around 15 million, that’s less than 10% of what other fertile men have.

Sperm motility refers to your sperm’s ability to move and swim. When you ejaculate, your sperm is supposed to move forward and swim towards your partner’s egg cell. However, when you have low sperm motility or asthenozoospermia, only a few of your sperm cells are able to swim forward. This lowers the chances of one of your sperm getting to the egg cell. 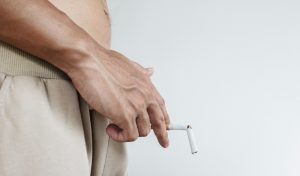 When you have your semen analyzed, the size and shape of your sperm will also be examined. Your sperm should have an oval head and a long tail. The accepted rate for normal sperm morphology is 4%-48%.

Those who have been smoking for a long time also tend to have higher rates of abnormal sperm morphology. In fact, in long-term smokers and in heavy smokers, the percentage of sperm with abnormal heads are usually higher compared to non-smokers.

The DNA that your sperm cells are carrying should be intact and complete because that’s going to be the genetic heritage of your offspring. When sperm DNA is fragmented or damaged, it can result in various problems.

When a sperm cell with fragmented or damaged DNA is able to reach the egg cell, fertilization problems may happen. If the sperm is able to successfully fertilize the egg cell, problems with embryo implantation and embryo developing may occur later on, and miscarriage may happen.

When you inhale cigarette smoke, your body absorbs various mutagenic and harmful compounds such as nicotine, cadmium, and carbon monoxide. When these compounds reach your reproductive organs, they can cause cellular alterations.

When reactive oxygen species and free radicals attach to the DNA material of your sperm, it results in DNA damage and DNA fragmentation. High levels of oxidative stress in your testicles and semen will also negatively affect your sperm health.

In addition, smoking has also been found to cause a reduction in seminal zinc concentrations. Infertile men who smoke heavily tend to have very low seminal zinc levels, which can lead to abnormal semen parameters.

Erectile dysfunction is one of the worst effects of smoking on your reproductive system. Although erectile dysfunction won’t make you infertile, it would make it difficult for you to impregnate your partner naturally. This means you may need to visit a fertility clinic and have your semen collected for IVF if you and your partner wish to have children. 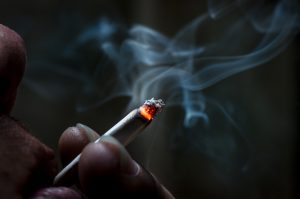 During in vitro fertilization-intracytoplasmic sperm injection (IVF-ICSI), a single sperm is injected straight into the egg cell. This procedure is usually performed when the male partner has a severe case of infertility.

Men who have problems with impotence and infertility may benefit from Malegenix. Known as a safe male sex enhancement supplement, Malegenix contains several natural ingredients that have both pro-sexual and pro-fertility effects.

Maca is also part of the Malegenix formula. Maca is a traditional Peruvian herbal medicine for male infertility and impotence. Studies on maca indicate that it can help increase your seminal volume, as well as your sperm count and motility.

One thought on “HOW SMOKING CAN HURT YOUR SPERM HEALTH”